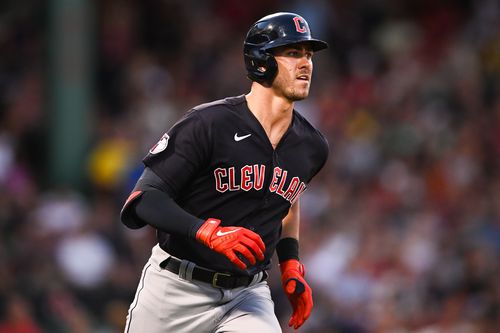 By the Associated Press and ESPN | Full Article

A day after getting two hits in his big league debut, Jones launched a 457-foot, three-run drive with a 109.2 mph exit velocity into the Kauffman Stadium fountains to cap a five-run fourth inning.

The 24-year-old outfielder had two hits and walked twice.

“It is cool to see what he is doing now,” fellow rookie Steven Kwan said. “Me and Nolan are really close, we played in High-A ball together. It has been really cool seeing how he has been doing it.”

It was certainly an impressive way to kick off his MLB career, with the home run on Saturday being the seventh-longest recorded home run in the Statcast area for a Guardians player.